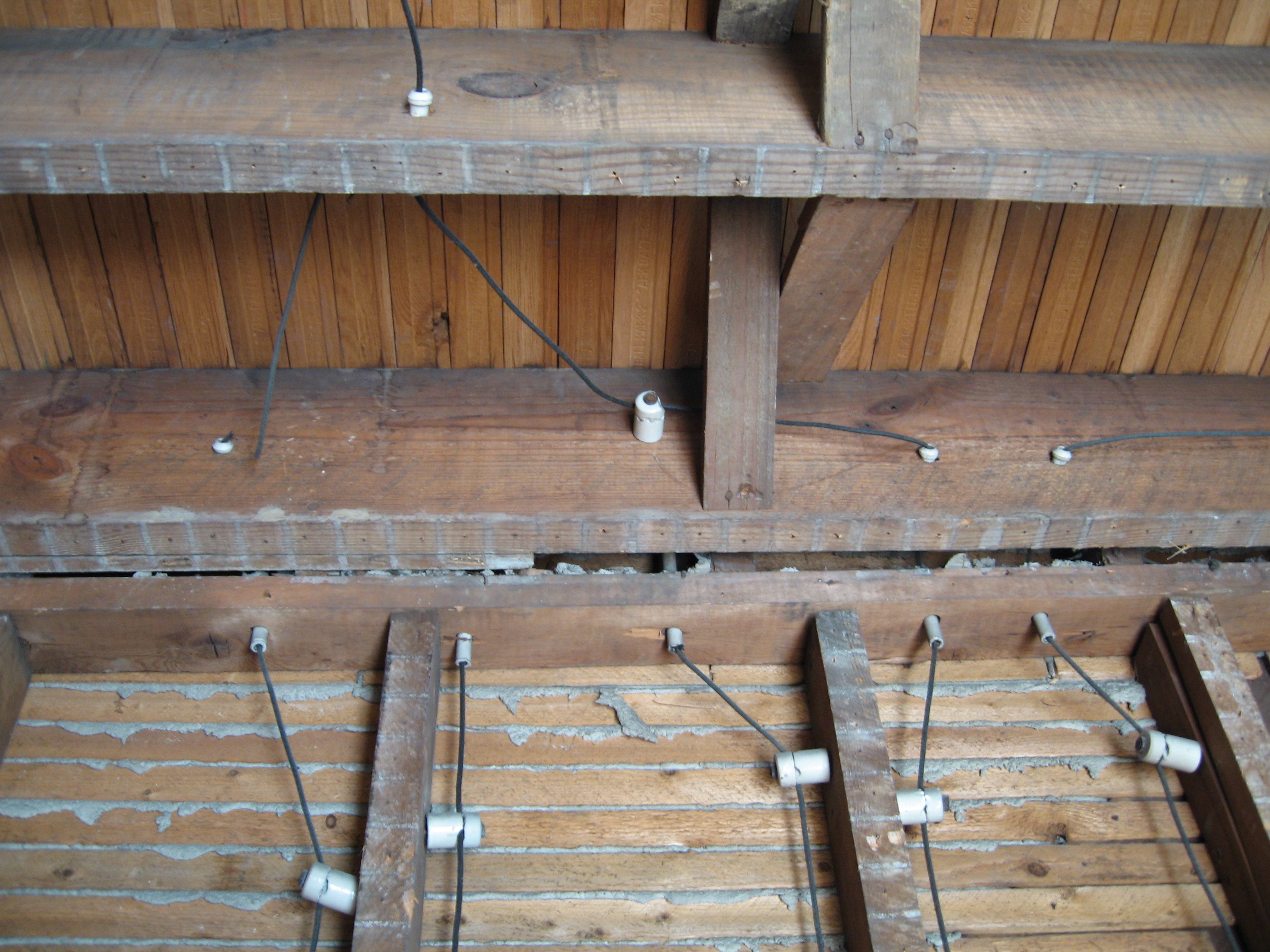 When homes were first set up for electricity in the late 1800s and mid-1900s, the common technique used was knob and tube (also called K&T). Electrical technology has outdated this system, although it is still found in older homes and buildings. There are some safety concerns that need to be addressed if someone still has this obsolete system at home or in a business.

Inherently, it was a decent electrical system for the times. The porcelain parts used can last indefinitely, so it was a good choice. Homeowners were less likely to hit a wire while putting a nail in the wall, because the K&T wiring is held inside protective holes in the frame. The wiring used for the old system was actually more complex than our modern wiring. It required highly-skilled electricians to install it. The wiring was also easy to access when maintenance was needed.

One of the main reasons K&T wiring can present hazards is because of its age. Often times, the first generation systems used inferior insulation around the copper wires. It was possible for moisture to oxidize the wiring and make them brittle; thus creating a major fire hazard. Since the system was easy to access, a lot of inexperienced people modified them improperly instead of allowing the whole thing to be replaced.

Most of our modern appliances have three prongs that connect to a safety ground wire. This safety feature reduces possible fires and equipment damage. Since K&T wiring does not have this feature, three-pronged appliances cannot be used. Some people will opt for a safety adapter for this problem. Other people make the dangerous decision to clip off the ground wire prong. The development of ground fault circuit interrupters have saved many people from accidental electrocution. These GFCIs are required in kitchens, bathrooms and laundry rooms in any modern construction. There are no such precautions in the K&T systems.

Old, sagging wiring is problematic for K&T system. Older homes depended on heat from wood and coal and were not insulated. When furnaces and insulation were developed, contractors just stuffed the insulation around the wiring in the walls. The K&T system concept allowed for any heat generated from the electricity to just dissipate into the air between the walls or ceilings. It was not meant to be wrapped by insulation. Fires often occur because old frayed wiring ignites the insulation material.

For obvious reasons, this outdated system is not permitted in new construction. Some local ordinances mandate that homes and businesses with the knob and tube electric be completely replaced. Others provide for safety modifications made by licensed, qualified electricians. More often than not, inspectors recommend that the system be replaced to minimize fire hazards.

Unsure about your homes wiring contact us for a safety inspection.

If you are a home owner in Cincinnati, West Chester, Mason, Sharonville, Tri-County or even Lebanon Ohio we can provide all the electrician services you may need.
Check the Backyard Saver for this month's coupon.